As we prepared to leave Vancouver Island for our first destination to do the project Horizon Transition, we received a response to an email sent a month earlier.

– I’m sorry, I just saw your message, but if you come here I would be delighted to welcome you here in Port Townsend
A look at the map to see where this city was: 90 miles from the ferry after the US border ….
– Well we were getting ready to take the ferry, apparently we would be here tomorrow …
– Fantastic, we have just a weekend of conferences organized on “Economy of happiness“, we would be delighted to invite you with the transition team by Local 20/20

A travel has this particularity that you should always let a place for surprises discoveries. That’s how we went to this city on the North West Coast of America. We were greeted during 3 days by Sonja, a member of the Local Transition Group, Local 20/20. 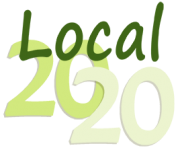 As we visit the transitions groups, we will be surprised to learn that this group has been existing before the transition movement. Port Townsend, through the Local 20/20 is a transition town only since 2012, when its premises date back to 2001. Initially, there were peace activists who were looking for an effective way to fight the war . If instead of fighting it, we make it useless? The majority of wars where United States is involve are a matter of resources, so if we did not need them anymore? This is where the idea of workiing for a more local and sustainable world was born. Then in 2006, when the transition movement borned in England, there was in the state of California a very similar initiative that was taking place in the city of Willits. One of its initiators came to Port Townsend to give a lecture, the idea of sustainability could now spring up.

What will have been a citizen group, will become an non-profits in 2009 and will enter in the transition network in 2012. But they didn’t wait that much to be in a network, because in 2007 they will be part of the initiators of the network SCALLOPS.

In each group of people, internal functioning is a major key and part of its identity. I ask Richard about sociocracy, he tells me that their way of doing is similar, on their site they speak about Chaordic organization but the word of Richard is mainly: organic. From the birth of the group of citizens in the collective Local 20/20, it is by group of interest that the identity will identify. The first circles they had were around food and waste. They are now a dozen different group of interests, meeting once a month. Some are more active and others have even disappeared, like the circle: Shelter (shelter), this is the meanning of organic.. In the central committee, there is a representative of each group and the members of the CA who calls themself speaker instead of using the legal title.

Local 20/20 is a citizen organization operating in a circle, much like sociocracy, but without claiming it. Among these, our interlocutor, Richard Dandridge, pointed to two examples as a good achievement.

Do you know LION? It is a model that has been exported throughout the United States and has been put in place by the Local 20/20 economic circle. Local Investing Opportunities Network, which could be summarized by mutual credit. While we were in the Bush-era and the laws favored big business were made, the idea of the founders of the LION werre to bring together individuals who have money and who have an interest for the community and for the climate, which include the importance of betting on the local. Rather than going through a bank that will make a loan with a lot of interest, LION members can lend you with little or no interest, it’s an individual agreement with each of the lenders. If you open a bakery, some might be interested in getting a refund in bread for example.

The project had a really strong impact on the community of Port Townsend. When we came to the Economics of Happiness conference, we were able to visit a farm and cider house that was created through this system. The Mayor of Port Townsend is currently one of the founding members of LION in Local 20/20.

A second good move raised by Richard Dandridge is the Neighborhood Preparedness of the Emergency Circle. You should know that Jefferson County, like much of the west coast, is waiting for the big earthquake. The risks are very high and the dependence of each one also, it is then necessary to be ready in case of disaster. However, it is not the survivalist norms that are appropriate, but rather the interrelation of each and the mutual help which are put forward. The group serves as a link between the county workers and the neighborhood, it is a relay to disseminate information and train people.

Projects, people of Local 20/20 are full of ideas and are invested in several initiatives. Despite this, they find time to have new ideas. Richard explains me that with new members they would like to do guided tours of Port Townsend in the future. Project yourself in time, in 25 or 50 years and try to imagine what would be kept as a memory from now. While the current history of the city presents it as a port city, how will the future eyes that will look at this time judge it? I could not help but think of Chapter 7 of the Transition Handbook, which talks about transitions tales and how to imagine the after-peak oil.

Port Townsend is a city with a growing population, but people who are retired. The mild weather and less hot southern brings new inhabitants. We noticed this at the conference we went to, but also in the questions that Richard addresses to other groups.

How did you get young people to get involved and why?
How does a community prioritize it? scope of action among all the issues?