Once upon a time, in a town of Ireland, a professor of permaculture and his students watched The End of Suburbia, a documentary about the imminent peak oil. We were then in 2005, it was announced to be in a few years, 2008 for the most pessimistic, around 2012 for the others, but one thing is certain it would happen. The teacher and his students then had the idea to find alternatives that they knew around them that would go the other way. Then, afterwards, the class project was to make an Energy Descent Action Plan; the idea would be to imagine ideas and actions that could be put locally so that the oil dependency of the city will be close to 0. The project ended with a congress in June 2005: “Fueling the future”, local elected representatives and international specialists came to the event.

The year after, the teacher who lived in the city of Totnes decided with others to found a group called: Totnes Transition Town. Gradually, it inspired others to form their group, and from there, the Transition Network was born. At the time of writing, the network’s website lists more than 900 local initiatives and national Hub. Started in England, it is now a movement present in the entire world. We could call it an international movement, but it would be truncated its true nature: the principle of the transitional movement is to put forward the return to local, resilience and small-scale autonomy. 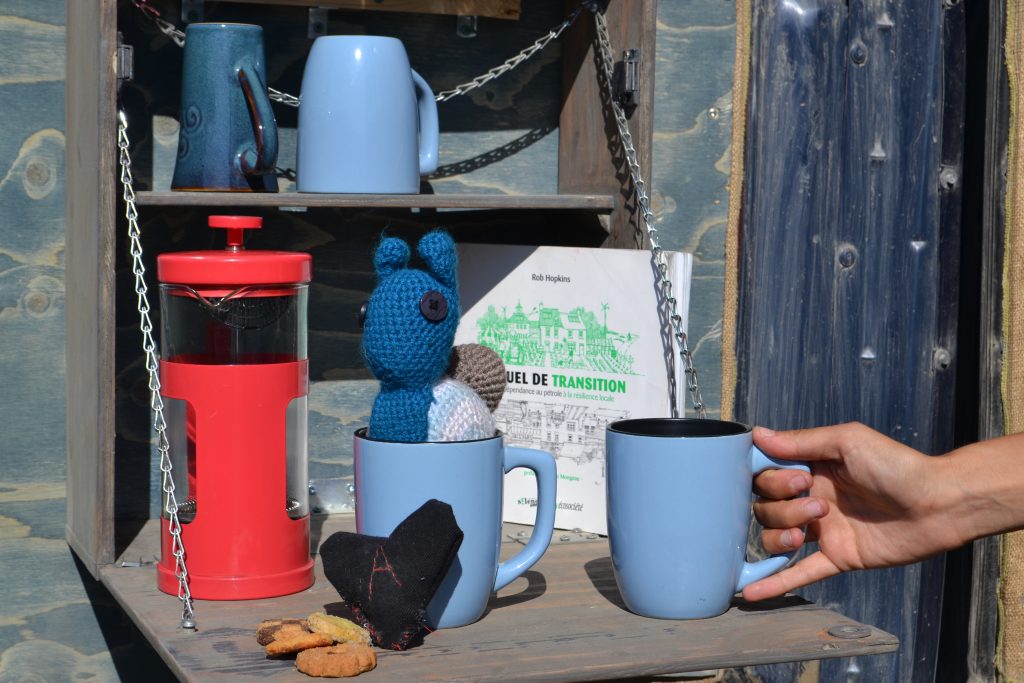 While the Horizon Transition project takes us to visit different groups ok transition in North America, we realize that although its growth has been quick, the movement remains relatively unknown outside the militant circles. Moving on the path of these groups, it seems good to stop a moment to return to the sources of what is now called “The movement of transition initiatives.”

In 2008, with his experience, Rob Hopkins, wrote a book: “The transitional handbook”, 11 chapters to explain what is the peak oil and the problem of climate change, but also explanations on what is permaculture, how to start your initiative: basically, how to bring the world to change globally by doing its local part. To explain what is the transition movement, we will go through the different chapters of the handbook that Rob Hopkins wrote in 2008, it offers a good introduction to the basic problems, but also on solutions that have proven themselves. The French version of the book offers two additional chapters, the transition in Canada and the one in France.

By doing the Horizon Transition project we come to meet many citizens close to this network, these ideas. We see the difficulties, the contradictions, the answers, the joys, the solutions that each one brings in his own way. Sharing the ideas and knowing them is the essence of the project, but as we move forward, we also think it is important to try to think collectively about this subject. In doing this exercise of understanding the movement of transition, the goal is also to have a collective thinking on this subject. How to popularize them and try to understand them well so that you can explain them yourself. How to organize? How far to go? What are the ecological issues? And the role of politics in all this?