The idea behind the Horizon Transition project is to carry ideas we saw and share them with other people and groups we meet. For more than a year on the roads now and always in the reflection of our first steps, I realize that knowing how to share is an knowledge just as vital as the ideas themselves. Kilometers are added to the counter, ideas accumulate, we go to places where fantastic ideas are in place, or practices with a slight difference take place. We note, we compare, we discuss, we try to understand the good and the bad points. Then we come to a new place and in the discussion we talk about what we saw, what others do, about the benefits of doing that.

Except that … we migth be too much in sometimes. It is perceived that the prospect of having new ideas and different ways of doing things is not always received so positively. This is never said openly, but we can note that it does not shine the eyes. How to share the idead we carry througth the journey?

It is sometimes by trying to find answers to wrong questions that we stop in its tracks. If the means was not necessarily what was blocking the sharing-transmission of knowledge, but maybe before receiving it? Although the method has his part of responsibility; it would be interesting to know what can usually block the arrival of new ideas. Try to find what will be a barrier to sharing-receiving ideas, analyze these situations and see if they are not things that can be changed personally. 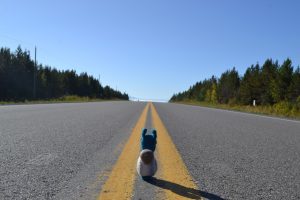 New ideas or practices should not become a totem to glorify, they are not always necessarily good or better than the old ones. However, they seem important to me in order to move forward; whether we adopt them or reject them, ther knowledge that accumulates collectively to bring out something else. Knowing what can be done, could be done, depending on the different situations is a way to accumulate an indirect experience that can save time for his own situations. See what has worked in some and miss in others can imagine how it would be at home, it can not start from 0 each time.

The habit: do not see the need to change

For the first reason that seems to me to be a brake to accept to see new ideas, I would be the one that is perhaps the easiest to change, because it depends on oneself, but also the most difficult, because it is anchored in itself : routine. While the capitalist world pushes for change, to take a risk in order to make profits, non-profits and activism will more trying to continuie the same way what works. It is risky to try to innovate, because the social function that an organization can not afford is to loose users. Just like for a militant citizen group that usually has a certain audience to risk losing it.

Getting used to this routine is comfortable, but also quite normal in terms of the collective vision of social actors. It is easy for a financier to risk something, because personally it can be very advantageous, but when you have a collective approach, it is more complicated. However, stopping for this reason alone would be easy; it may also be because we are comfortable with this routine. There are several possibilities; or it may be because the group thinks that the people they touch are sufficient, or that, if other people were interested, they would come to the activities. There is also this comfortable habit of our personal routine in what we do not want to change, because for now everything is fine.

The introspection of his actions is a necessary step in the personal self-evaluation, but also collective. It’s dangerous to think being at the maximum of your objective and not to ask yourself more questions. If any new aspect is compared to its practice without deep analysis, it could be rejected because to consider it as a similar practice, it is to prevent perhaps a bonus of what we already do. 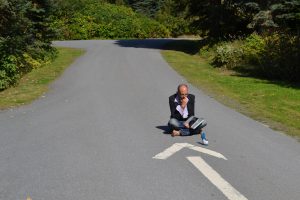 Unlike the routine, the money a group has is beyond their control. A new idea or practice can be hindered by a lack of money or the loss it can cause. It would be easy to say that this may be an opportunity to get new funding, that there may be a new hearing. The time spent by employees or volunteers in groups to do this is often already full time.

But is lack of money an impediment to imagining and thinking? Is this not a limit that modern materialistic thinking imposes on us? Not being able to do an activity can it be a reason to not talk about it in a group? Maybe debating the idea by ignoring the financial aspect can bring out another that would be the means of the group?

A point that is perhaps the most discouraging in the activist community and community organizations, what is missing most, more than money: time. Everyone has only 24 hours a day, it’s still one of the last thing where we are all equal. Whether in the different places where I was or when I was myself in an organization, talking about new projects often make the look of the eyes on the roof, because the interlocutors already think about their already overtime schedule . Lack of means to have employees, lack of volunteers to have activists, money is a factor and the involvement of one community is another.

A group in place already has its agenda often planned according the members it has. Doing extra activities is then a overload of work for those who will want to take care of them and that means encroaching on a private life.

It can sometimes be everything together; money, motivated members and a desire to change, but unfortunately knowledge blocks realization. This may be the easiest brake to blow up; however, you must know how to do it. Presenting ideas that are too technical can put off the most motivated if not the field of interest. Just as bringing a subject that seems out of context, but that going to the end, it comes together, because the same ideas exist on different topics.

Another world is possible and desirable, should we put a question to get there or not? Voluntarily, for some I ask questions, for others I speak less, an idea to develop and especially to pose as a group. What limits us? How do we see our involvement? What do we want to achieve? Sharing knowledge is important if you want to move forward, but you have to be ready to receive it first.