As kilometers are added to the Van Snail’s counter, it’s also the people’ story we met that we sum. Walking in the transition model is to go on a road not yet built, but where everyone sows it. While we thought telling the collective construction, we realize that it is made of multiple individual constructions. While we want to build a practical example tool, we realize that we must also make a tool of reflection.

The project we have been doing for a few months now is gradually gathering stories as we go along. The following has marked us for two reasons; it represents one of the important internal issues of the United States, but it also describes a challenge that citizens wanting to change things have to incorporate. It had also mark the person strong enough to tell it to us and that we do the same because it is symbolic in many ways.

The hard choice to act

The friend who told us the story went to Minneapolis for the gathering of the Transition US movement last summer. She took the opportunity to stay a few extra days to visit a friend. 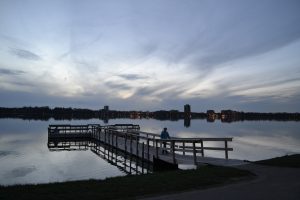 As she wandered around the lakes that adjoin the city, she found herself in front of a scene that made her uncomfortable. A man was attacking a turtle, he had returned it and was about to kill it. However, she knew that turtles are an endangered species in these lakes and it is aware of that she tells the man that it was not a good thing to do. Her conscience was about the health of the animal and not about the illegal action it represented. To act, saying what we think is not always an easy thing, she tried to defend the Turtle, but without violence, she applied what she had seen during the transition gathering. Then another person, a friend of the man chasing the animal, got out of a car and shouted at her telling her to leave. The insults flew, racist terms were thrown at her. Without power and not wanting to play the game of anger she decided to leave. The remorse in her soul, but following the angry rise of the woman, she had not seen any opening possible to use the tools she had acquired.

Our friend tells us that turtle soup is a common dish in some cultures, especially in the southern United States, to hunt turtles, just like fish are caught. What the story says between the lines also is that the man and his friend were black, while our narrator is white. The previous evening, we had talked with the local transition group about the racism issues still very important in the United States, but also about the strong presence of poverty and inequality also present in the populations. She was aware of all this and as she spoke to us, we saw that she was really sorry in the way that had happened.

Should she act? How? She came in order to participate in workshops of sociocracy and non-violent communication, fundamental tools in the movement of transition. Sociocracy is a horizontal mode of governance that works through consensus for decision-making, while non-violent communication is a tool used to express ours needs and feelling to the other. The two used together allow a group to listen to each other and to let everyone speak on all the discussions.

One of the problems in our system, whether in politics, in meetings or even among friends, is that listening is not one of the first qualities of the strongest voice and emotions. To know how to listen is to know how to take into account the totality of the interlocutor, not only what he expresses on the subject X.

That’s why in meetings, we will often start with a round on how everyone feels. Knowing that a person has had a difficult and tyring day can help to understand silences in a meeting or a greater difficulty to express themselves. Taking that into account, it can also generate less frustration in me as I wait for that person to respond, etc.

The same round can be done at the end of a meeting in order to know how everyone feels about what we have done. I have already made a meeting where it was after doing this last round that we have been able to move beyond the invisible wall present in the discussions before.

Knowing this, it is with these principles that our friend had tried to intervene in the gesture of the man. By trying to apply a space to understand the other, but to be able also to have this space to speak against the action. She has unfortunately realized that if the other is not in this spirit, the discussion is difficult.

Not being in the reaction, is not something innate in our 21st century society in Western countries (maybe before or in other countries too, but I did not live there, so I do not know not). However, we must not be in a total angelism without criticism. The story does not say if the man was not aware of his gesture, but did not care and did so in all conscience. It also not say if he has financial problems and doing that allowed him to have a meal. Neither if he had a good day or a bad day.

Sayint that, how, in a real situation with someone, who is not open to being told something that could looks like a criticism or a sermon, can we build a discussion? Using nonviolent communication is also a double-edged sword, because we may be aware of using it to express what we feel, but that feeling is not itself created by the morality that shapes our thought ?

How can the principles of listening and attention of sociocracy or nonviolent communication can be applied when there is only one side that tries to apply them? How far, in an action that seems unjust to us can we be in inclusion and dialogue?